Absolution
An Experiment in Immersive Storytelling
~
Behind the Scenes:
Not Quite a Book, Not Quite a Movie....Creating the Script

The problem with interactivity is that, well, it's interactive. This is a real issue with games. Consider the difference in choices that players can make when playing a game like Tetris and a game like World of Warcraft. WoW has drastically more choices than Tetris, and with those choices come an infinite number of potential headaches and issues for the creators of WoW.

In Tetris, you get a limited number of tetromino configurations, you can rotate each piece in two directions, and you can let it fall or drop it quickly—though one way or another, it will get to the bottom. A quick Googling told me that the average total playtime for Tetris is about 4 hours. It makes sense because there isn't much to do, and there aren't many choices to make. Pieces fall, you choose what to do with them, and eventually find yourself buried underneath a massive tangle of tetrominoes while sweating profusely and trying to keep your heart from exploding. The music will never, ever leave your ears, by the way.

Compared to Tetris, World of Warcraft is an absolutely massive game, and the average playtime of five hours per day reflects this.

Five hours per day of WoW for how long, you ask? Forever. That's a hell of a lot of time. Nobody plays that much Tetris. Why is so much time spent in MMOs? Freedom, choice.

We're talking free will (and not just single-player free will) here but also the freedom to interact with anything and anyone at any point in time in any way you choose.

Games are a type of storytelling, but most storytelling doesn't allow the audience to make choices. Some people have experimented with allowing audience choices in movies, TV shows, YouTube series, and even books (Choose Your Own Adventure). Still, none of those have taken off, and most provide you with a set number of paths to take and a limited number of choices.

As a creator, when you're confronted with free will, you end up with all sorts of things you never thought about. Maybe you run an Etsy shop and sell handmade coasters, you've made 100 sales, and people love you, then you get a 1-star review because they don't fly well as frisbees.

Who the hell told you to use a coaster as a frisbee?

Free will is entirely unpredictable.

I wrote Absolution as a "what if this played out like a book" story. But I knew that Zarina wouldn't do what I wrote for her to do in my original cut. Things don't work out that way. After all, she's a real person, and this was never intended to become a book. Books are linear. Absolution also wasn't designed to be a TV show or movie. If it were, I'd have created a script, given it to Zarina, had her memorize her lines, and then we'd get to work. But that would spoil the experience and the entire story for her.

I needed something a bit in between. Something that had a linear path but accommodated Zarina's free will. So, I turned the story into a loose script that I called a "program," where the only things scripted were the not-Zarina characters. Each of these was in the form of pre-written emails, phone calls, and packages. They were all ready to go as-is—if Zarina played along exactly as the script required.

“
"I might want to make a comment within my own comments. Why not? Why should I be left out of the cool commentary blocks?" 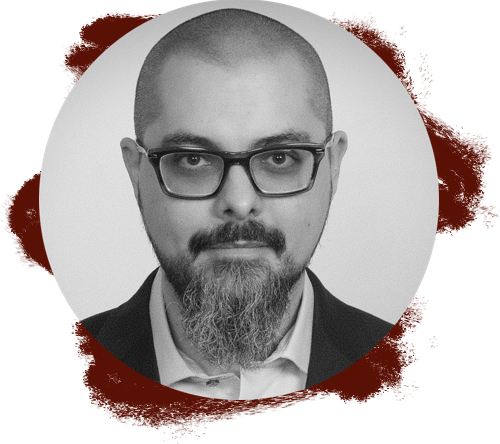 So, did Zarina play along precisely as the script required?

There was never any chance of that happening. I did anticipate it, though. I ended up using the pre-written communications and packages as templates. When Zarina reached a milestone in the story, like asking about something or solving a puzzle, I looked at the pre-written communication she was supposed to receive next and tweaked it before sending it to her. Surprisingly, most of the time, there were few or no changes. It could have gone so wrong in so many ways, but it didn't because Zarina wanted to play along and trusted me to guide her.

How wrong could it have gone? With free will? Imagine any of the following scenarios which Zarina could have chosen to follow:

Okay, granted, those were all extreme examples, but there were plenty of opportunities to completely derail the story in more minor ways, even by accident:

You honestly never know what people will do. I've thought about creating something like Absolution that anyone can play out, but I'm not sure it's possible without a "game master" keeping an eye on every player and tweaking things along the way. That's a lot of work and doesn't seem possible without heavily modifying the entire idea of it.

There are websites where you can order "experiences" at home, like Mysterious Package Company, Hunt a Killer, Escape the Crate, PostCurious, Sleuth Kings, The Decoder Ring Organization, and many more. All of these follow the same pattern, though. You get stuff in the mail. You don't get interactive phone calls, you don't journey out of your house with a shovel to dig up an ancient artifact buried in your neighborhood, and you don't venture out into the light of a full moon to perform a ritual.

It's just not the same.