Absolution
An Experiment in Immersive Storytelling
~
Behind the Scenes:
A New Respect for Puzzles

Think of a word, any word.

Got one in mind?

Now, think of a way to tell me that word without saying the actual word.

The word you're thinking of is 'gelnana.'

I doubt it because you weren't able to give me clues. It's a bit like Charades!™, where I have to puzzle out the clues you give me. Even if I accomplish it with your hints and guess the word you came up with, not everyone out there will get it from the same hints. Everyone's life experiences and associations with things are different, so what you think is an obvious clue could mean something entirely different for everyone. That right there is the problem with puzzles.

Alternatively, here's another hint that we're talking about America.

Now that we've practiced with America, let's return to Absolution. Imagine you want to give someone a riddle or puzzle that, when solved, conveys a secret message that isn't just one word; instead, it's a hint like "Zarina, go look under your car."

Do you know how hard it is to create a challenging yet solvable puzzle? Damn hard. Not only that, but you can only give it to a person once. If you were to create a puzzle and find out that it needed to be tweaked, by handing it back to someone who has seen any previous iteration, you've accidentally created bias because that person has the advantage of more information (even if they never solved the first one you gave to them.)

No wonder adventure game players complain that some puzzles are impossible to solve without a walkthrough. Here's an example from one of my all-time favorite games, The Longest Journey: Stupid Rubber Duck puzzle.

All that was to explain that I only had one shot at getting these puzzles right for Zarina.

Zarina Rosiello, the protagonist. What skills does she have that she can put to use in solving puzzles? What languages does she know? If she encountered something in another language, would she run it by Google Translate, run it by someone fluent, or just give up on ever knowing what it said? How are her research skills, and how good is she at digging up obscure information? Does she like solving puzzles, or does she find them annoying?

It's questions like these that I had to ask myself when creating puzzles for her in Absolution. Some answers are about difficulty, while others are more about trying to keep the experience fun for her.

If you read Zarina's journey through Absolution or even just the last installment of Behind the Scenes, and if you're incredibly observant, you may have noticed that Amon had a handwritten shopping list in the background of one of the photos. It's written in German. If you can't read German, did you just move on and not give that shopping list a second thought?

Zarina didn't just move on. She pays attention to small details. With this in mind, the entire story was built for her, which is why it worked. It probably wouldn't work for someone else.

Creating puzzles is hard, and creating customized puzzles is even harder. And that is perhaps why escape rooms are full of dull puzzles that boil down to figuring out the numbers for the next combination lock.

Zarina likes puzzles, obviously. So, I created a few intentional points to pause the story and let Zarina work something out. The first of these was when she received a cryptic message in an envelope stuck to her front door. I planned it so that she had to work out the meaning of it so the story could progress.

The letter stuck to Zarina's front door was the moment that she realized the story was going to be something more than just emails going back and forth.

Inside the envelope was a riddle, along with a strange old newspaper clipping.

Put yourself in Zarina's shoes for a second. What the hell does all of this mean?

Well, it's a two-part puzzle.

Where can you go fast while sitting?

A few hours after she discovered the envelope on her front door, Zarina took this photo and texted me as soon as she found the package taped to the underside of her car. She figured it out while at work and ran outside to check. And you know what? Zarina was so damned excited that she was right.

But there was more to the riddle.

A small urn you will find. Smear the dead upon the beast. Don't be afraid to get your hands dirty.

Inside the package underneath her car was a Slovenian coin and a small glass vial of black powder. A short while later, Zarina texted me. 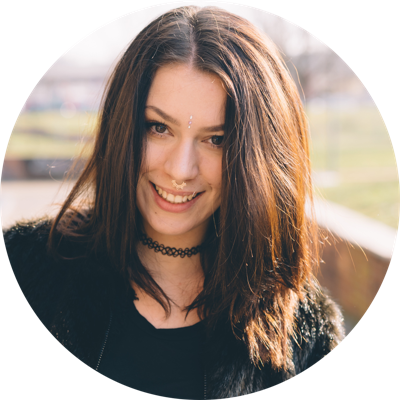 Okay, so I went home for lunch because I wanted to test out a theory re: "the beast"

This mystery/puzzle is so fucking cool. I hope you realize.

Yes! Success! It was so satisfying that it actually worked out without a hitch—and that Zarina loved it.

But Zarina didn't know at the time that the puzzle went through a few iterations while I was trying to figure out how to make it challenging but solvable.

Here are a few photos of the same puzzle that eventually morphed into the one that Zarina received.

How did I know what was too hard or too easy? Or that I had one that worked? User testing.

At this point, you may be wondering how the name "KSENIJA HORVAT" showed up on that newspaper article. It took some experimentation to figure out how to make that magic happen. Tae and I tried quite a few methods with varying success until she finally found one that worked: white crayon. The little glass vial of black powder is willow charcoal, commonly used for sketching. We wrote "KSENIJA HORVAT" in white crayon on top of the newspaper article, light enough that you couldn't tell but thick enough that it picked up the willow ash if you smeared it over the top.

A small urn you will find. Smear the dead upon the beast. Don't be afraid to get your hands dirty.

“
"They don't call me propmaster for nothing, you know." 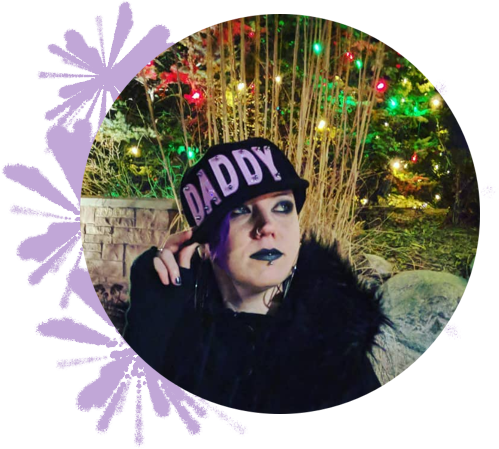 Find a Pattern in the Newspaper Clippings

Back in Chapter 3, Zarian received some newspaper clippings and had to find out how they were connected. The entire point of this puzzle was to clue Zarina into the fact that she was in the middle of a werewolf story, which worked wonderfully.

You can look at the newspaper articles and see if you can find the connections. And, as with Amon's shopping list I mentioned above, there's at least one Easter Egg hidden within the newspaper articles relating to language. You can read it and move on without it affecting the story, but if you take a second to dig, you'll find out that the Easter Egg was also a hint to the honesty of someone being interviewed—another clue to solving the puzzle.

I think the "find the pattern" puzzle for her is best described in her own words, as she told me how she did it.

“
"Okay, so the first thing I noticed was that the NWI Times article and the Connecticut article were in the same year and month. And Vera Horvat died when visiting family in CT on the same day that Meghan Rosiello disappeared in CT. So those are obviously connected. Then I started Googling the people in these articles (I appreciate all the Dresden Files references, by the way). And I realized that the Star is a Toronto paper, Suzanne MacDonald is a professor who studied raccoons in urban settings at the University of York in Toronto, and Nathalie Karvonen is the director of the Toronto Wildlife Center (which she started in 1992).

IDK if you changed the city to Tallahassee just because I lived there or if Toronto has any significance. Then I realized that the Post Bulletin article was a real article where you changed the owner of the weird animal's last name to Rosiello. Which led me to wonder if you'd changed anything else about the article—and you had.

Why would you change the date from July 4, 1989, to July 19, 1989, unless the date was significant? I also found via Google that Peggy Callahan from the Post Bulletin founded the Wolf Project while she was living in Rochester. Something clicked with the wolf project + maulings by animals + dates that have some significance. So I searched for "full moon" plus the dates that each attack happened.

Sure enough, March 21, 1962, June 12, 1976, and July 18, 1989, were all full moons. This was confirmed when I checked and realized March 12, 2017, was a full moon too. Also, thinking about how I might further fit into this story with the upcoming full moon helped me realize that Meghan Rosiello (presumably a werewolf??) was 25 when she disappeared/possibly killed Vera Horvat (?). And Giovanni Rosiello had just turned 25 when he got ill, then superhumanly strong." 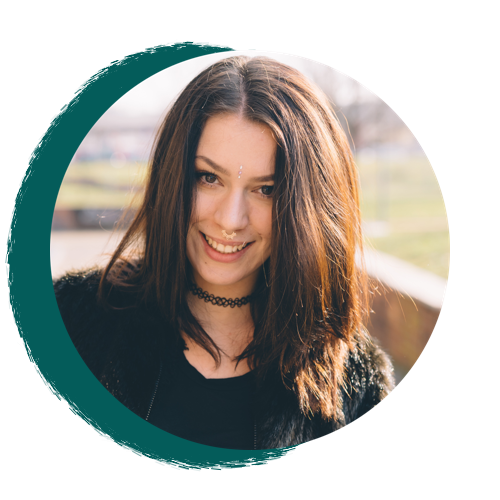 I must say, Zarina did an outstanding job figuring it all out. She even figured out that little Easter Egg I mentioned above without any hint that it even existed. See? I told you she pays attention to small details. If you ever take on creating a puzzle, riddle, escape room, adventure game, or anything of the sort, I'd love to hear how it goes.